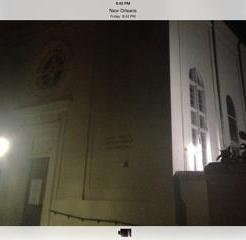 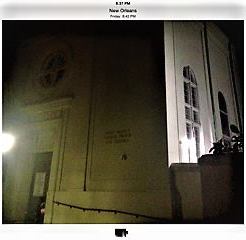 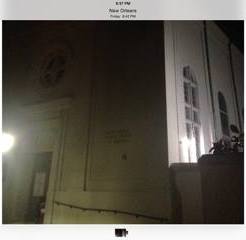 Greetings guys!  It’s been a while coming, but we are finally starting to get images and videos up and running for the website.  I thought we would start with an oldie but goodie, these photographs taken during a tour one night last winter at the Ursuline Convent.  The photographs were taken as a burst photograph with three exposures by a gentleman on our tour.  No one was in the doorway, and the convent has an interesting history with children, to say the least!  What do you see?

Amelia Whittaker was the pseudonym that I used as a character in the Airship Isabella story-line. I grew up in small town Texas, have a B.A. in History, and at one time, traveled the world working for Airship Isabella as a maker and as the business manager. I retired from that crazy life in January 2018, and since then have taken up my dream retirement job as a tour guide telling ghost stories and tales of vampires in the city of New Orleans for Haunted History Tours and N.O.P.E. Nowadays, people just call me Eevie. View more posts